200 thousands of people, 22 thousands of athletes  and more than 1000 exhibitors. Those numbers say a lot about annual edition of Arnold Sports Festival in Columbus. We could not miss it.

Arnold Sports Festival is an multi-sport event consisting of professional bodybuilding (Arnold Classic), strongman (Arnold Strongman Classic), fitness, figure and bikini weekend expo. It was established in 1989 and is named after Arnold Schwarzenegger.

Aside from Sports competition, Arnold Sports Festival is also one of the largest health and fitness exposition across the United States.

The 2019 Arnold Sports Festival again featured more than 1000 booths of the latest in sports equipment, apparel and nutrition. We could not miss it. 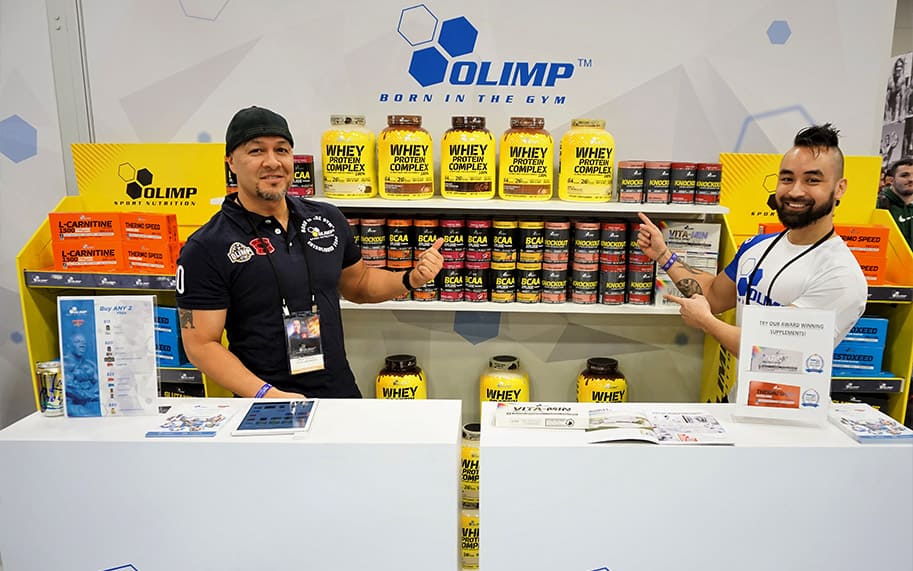 Last but not least – we had an current Mr.Olympia in our house! Shawn Rhoden has been officially announced as the new brand ambassador of Olimp Sport Nutrition.

What else was going on?